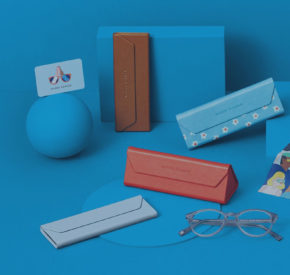 Growing a company from zero to over 1,400 employees is impressive on its own. Doing it in only eight years? That’s extraordinary. Founded in 2010, Warby Parker has scaled their eCommerce glasses and sunglasses brand from a startup with a “crazy” idea to sell glasses by mail into a global retail powerhouse.

Maintaining their meteoric growth means consistently bringing on new employees. Quickly growing a team is every bit as difficult as quickly growing your product and distribution, especially if you want to foster an engaged team with a culture of shared values.

As a mission-based brand (Warby Parker gives one pair of glasses to someone in need for every pair purchased), Warby Parker also needed a way to instill their team with a passion for the mission. That’s relatively easy when you’re a team of 10 or 20, but when scaling a team to over 1,000 people while maintaining the same set of socially conscious values, it becomes difficult.

To that end, cofounders Neil Blumenthal and David Gilboa developed a training and onboarding system that educates and also fosters strong interpersonal relationships. They put an emphasis on creating a culture that encourages direct, honest, and open conversations, which led to a company-wide focus on strong communication and employee engagement.

Involve the whole team in training and onboarding

At Warby Parker, the idea of team unity is at the core of every initiative. Whether or not you grow as quickly as Warby Parker, it’s important to make sure that every employee feels comfortable and valued, regardless of their tenure. This makes it easier to maintain employee engagement at scale and distributes the work required to sustain this growth throughout the company.

To keep everyone engaged and feeling valued, new-employee onboarding and training at Warby Parker is handled by members of the team at every level. Members of individual departments walk new employees through daily tasks, processes, and responsibilities, while executives speak to the mission and values of the company. This gives each new hire a way to meet people from all around the company and promotes the idea of closely knit teams.

Warby Parker employs various techniques to encourage peer-to-peer relationships between team members from day one. Balloons reading, “Nice to meet you!” are affixed to the desk of every new hire to let the rest of the team know they should reach out and say hi, for example. And because this is something they do for every new hire, current employees know to strike up a conversation and introduce themselves

Being the new person at work can be daunting. By shifting some of the burden of forging relationships with new colleagues to existing employees who, by virtue of being settled into their role already, are likely more comfortable, it makes it easier for new employees to get to know the team.

Each new member of the team is also introduced during their first weekly all-hands meeting and must share a fun fact about themselves. That sounds somewhat daunting, but it pulls new hires into a shared experience that every member of the team has participated in. By allowing, and even encouraging team members to be vulnerable with each other, Warby Parker helps develop a sense of trust between teammates early on.

“It’s through vulnerability that human beings create connections. The more vulnerable we can be with one another, the more that we’ll trust one another and the more we’ll be able to collaborate effectively.”

Cofounder and co-CEO Neil Blumenthal to the New York Times

This calculated immersion is part of what makes it easy for Warby Parker to onboard and train their new employees so quickly. By forcing contact with members of the team at every level and creating a space where people feel comfortable being vulnerable—Warby Parker fosters a culture that supports the speed at which their company is expanding.

Use the company mission to strengthen emotional connections

Warby Parker is a one-for-one brand—the mission informs everything that they do. Their socially conscious model helped disrupt an established market by acting as a differentiator and attracting like-minded customers. This model also gives Warby Parker a way to forge stronger emotional connections internally, which leads to happier, more engaged employees.

Among the strengths of a mission-based model are the trust and credibility that come from giving to a worthy cause. Warby Parker, alongside other one-for-one companies like Bombas and TOMS, can leverage their internal employee network to generate an additional layer of legitimacy. The shared values that underpin each company’s culture attract the kind of employees that buy into the mission on a deeper level.

You can see this reflected in Warby Parker’s Glassdoor reviews—their culture and values are rated at 3.9 (out of five), with a CEO approval rating of 92%. Because Culture and Values and Senior Leadership are the two most important factors for employees when evaluating their workplace according to a 2017 Glassdoor study, Warby Parker’s relatively high scores have even greater impact.

A third important factor is Career Opportunities, which we’ll talk about a bit more in the next section. This kind of buy-in from the team is what helps Warby Parker scale their company while still staying rooted to the values on which they were built.

As a company, Warby Parker is also likely reaping benefits from a revenue perspective. Research says that companies with engaged employees have 2.5 times the revenue of competitors with low employee engagement. More revenue means faster growth. That, in conjunction with the employee retention benefits of a strong cultural focus, makes it easier for the company to grow their team effectively.

In other words: having a strong, happy team that can stay engaged and connected as it grows is a big part of what lets Warby Parker grow their team while keeping everyone happy and united.

Default to honest and open communication

Maintaining a great company culture is impossible if you don’t share information effectively. Warby Parker’s focus on honest and open communication gives their team a way to stay connected as the company grows—and makes it easier to empower every employee to make decisions that support company values and goals.

To facilitate these kinds of conversations, Warby Parker uses the same tactics with hundreds of employees that they did at the start. One of those tactics is quarterly 360-reviews for every member of the team. When Blumenthal and Gilboa founded the company, they would get together on a monthly basis to provide one another with direct feedback. 1,400 teammates later, the pair wanted to make sure that everyone could get the same benefit from peer review the founders had when they started. So they still largely follow the same format.

Those early reviews “set the tone for the culture at Warby Parker, which would really be rooted in open and honest feedback,” says Blumenthal, who believes it’s important for everyone to know where they stand.

Providing feedback to and receiving feedback from one’s peers may sound scary, but these open and honest conversations build on the idea that individual vulnerability helps boost team cohesion and strengthens relationships.

The number one priority for anyone in a leadership role at Warby Parker is employee development. Offices have libraries stocked with educational material and offer regular skills training. They make it easy for anyone to reach out with questions about their growth and career path.

In placing such a high value on employee growth, they’re making every employee feel like they’re important to the team. This increases retention, because happy and engaged employees are less likely to leave. Longer-tenured employees also provide more value to the company’s bottom line.

It’s expensive to hire new people; with Warby Parker’s growth moving so quickly, they’re already spending a lot on acquiring new employees. Anything that increases returns on their initial investment helps smooth the process and allow for even faster growth.

By strengthening their team’s relationships, focusing on employee engagement and retention, and valuing honest and direct feedback, Warby Parker makes it easier for their team to unite around a shared goal. These underlying relationships are the backbone of their growth—without a strong team, the company would not have been able to scale as quickly as it has.

Warby Parker has grown their company to 1,400 employees in under a decade. They did this by focusing on team engagement and employee growth. Building a culture that supported the company’s goals while also making it easy for teams to come together with a shared mission provided their brand the foundation it needed to grow.

► Get the whole team involved

Growing a company from zero to 1,400 people can only happen with the support of engaged employees. You need to make sure your team fully buys into your mission and shares company values. This leads to a stronger, better connected team that can support aggressive hiring schedules.

Warby Parker performs quarterly 360-reviews for every member of its team, giving their peers an outlet to talk directly about their experiences. When you foster these kinds of conversations, it helps every member of the team learn more about themselves and grow, together.

Every member of the Warby Parker team is introduced at their weekly all-hands meeting—and they have to share a fun fact about themselves. This not only gives current employees a way to recognize and welcome new people to the team, but also helps reinforce the idea of open and honest communication. And it gives everyone a shared experience, even if it is uncomfortable for some, and makes it easier for everyone to empathize with one another.

Warby Parker is a one-for-one company. For that to work, every team member needs to share a similar set of values. When you live the mission and encourage your employees to do so as well, it attracts and supports like-minded individuals who will amplify your message.

A team of 1,400 people is huge; Warby Parker does not want it to feel overwhelming. By embracing vulnerability and encouraging honest conversations between teammates, the team forges stronger relationships. You need to make real connections to foster a happy and productive workplace.