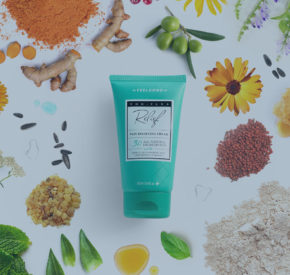 As they neared the end of their first full year in business, things were looking good for The Feel Good Lab. With the help of cofounder Ryan Gresh’s pharmacist father, they had developed a product that truly stood out from competitors in the multi-billion dollar pain relief market — an all-natural cream that doesn’t simply mask the pain but actually helps improve it over time. Gresh had found two great cofounders — Kyle Fitzpatrick and CJ Forse — to balance out his expertise and help the business soar. They had gotten through the initial regulatory rigamarole, secured a patent, received FDA approval, and had an Amazon storefront. And to top it all off, they had figured out how to play the Amazon game and were growing an average of 36 percent month-over-month.

Then, in November, the unimaginable happened — Amazon pulled them from its virtual shelves. More precisely, Amazon pulled almost the entire category of pain relief creams and analgesics offline, creating a new approval process for these sellers to prove that they were legit. Larger companies were able to get back online in a few days, but smaller companies like The Feel Good Lab were unable to sell for up to a month.

The lost sales were devastating — especially considering Amazon represented 90 percent of their business at that point and they missed a chunk of the profitable holiday season — but even worse was the fact that the time off caused their sales ranking to plummet. When they did finally get back on Amazon, people just weren’t finding them at the same rate they had been.

Undeterred, Gresh and team came up with a plan to make sure their company succeeds — with or without Amazon. Here’s what they learned from this experience, and how they’re building a stronger path towards success.

Immediately, The Feel Good Lab was faced with a decision: Fight to get back on Amazon or turn their attention elsewhere? Based on the success they had seen so far on the platform, the answer felt obvious.

“There was never a time where we were going to quit,” says Gresh. Amazon’s incredible built-in customer base allowed them to “cast a disproportionate shadow” and look like a larger business than they were. The fact that Amazon handled all the logistics of distribution — even for orders from The Feel Good Lab’s website — helped the startup company scale fast. On top of that, they could see the kind of growth and stability Amazon could provide for their business in the long run. “We know that once we get this channel fully up and running, it’s going to take less and less of our time and really be that that cash flow engine that we can rely on to continue to grow our business,” explains Fitzpatrick.

So, the immediate priority was to do whatever it took to get back on the shelves ASAP. “Every day it was a conversation about how we could get in front of Jeff Bezos so that he can fix this,” jokes Gresh.

That may sound impossible, but the reality was even harder. See, Amazon did not disclose the requirements to regain approval on purpose, in order to keep out fraudulent international supplement brands. “Every day I’d wake up, I would reapply, I would get rejected, I would call and ask why, they would say they couldn’t tell me — and I would re-apply and change something,” Gresh says of the persistence it took to get back on the site. “It took me hundreds of different submittals of changing one word in the entire application.”

Pursuing growth (without spreading yourself too thin)

While Gresh spent his days fighting Amazon, Fitzpatrick was wrestling with the question of how they could ensure the success of their business if Amazon ever pulled anything like this again: “My biggest takeaway was, Amazon can be a great business for us but it can’t be our only business.”

The obvious answer was to start putting resources into other sales channels, but The Feel Good Lab’s founders knew this could be problematic as well. They had seen other startups struggle with focus, trying to do too much and ultimately doing none of it well. Plus, there were only three of them, and they didn’t have much more bandwidth to give.

So, they knew they needed to set some ground rules before diving into a multi-channel sales strategy. First, they decided to just focus on growing one other channel for the time being. Second, they planned to divide and conquer, with Gresh continuing to focus on Amazon while Fitzpatrick turned his attention to something new.

Third, they agreed to be unafraid to hire subcontractors and experts in places they knew their time would be better spent elsewhere. For example, if they tried to relaunch Amazon completely on their own, all three of them could easily spend all day every day just researching that. Instead, they hired two contractors who specialized in Amazon sales strategy to help them tackle the task of relaunching on the platform.

“What we found is that experts in that field can really just own that part of the process, which opens us up to work on other aspects of the business that are going to be more important to us in the long run,” says Fitzpatrick. Forse adds, “It’s not that we couldn’t do those things. It’s that we shouldn’t if we want to scale.”

Finally — and perhaps most importantly — they agreed to be very strategic about the next channel they moved forward with to ensure they get enough ROI without overwhelming their business.

Just because we can sign a million dollar order one time doesn’t mean it’s the right thing for the business.

Based on market research, The Feel Good Lab knows in the long run they’re going to have to sell in brick-and-mortar stores — that’s just where a lot of their older clientele shops. While they already have the connections to get the ball rolling on that channel, they ultimately decided they’re not ready yet. “What we’re thinking right now is, if we try to take that on, it would probably spread us too thin,” says Gresh. Plus, they’re probably too small to negotiate good terms with the retail giants. “Just because we can sign a million dollar order one time doesn’t mean it’s the right thing for the business.”

They also knew they wanted their next channel to provide something else to the business besides sales. They felt confident Amazon would give them volume in the long run — when they started thinking about their second channel, they wanted something that would help grow brand recognition and credibility for their business. This lens informed their decision making, and ultimately they decided to go where everyone goes when they’re in pain: the doctor. Specifically, they started selling at Select Physical Therapy, a national outpatient physical rehabilitation chain, and are now in 75 locations that each see up to 200 patients a day.

This is a completely different business than Amazon. Therapists are able to act as trusted voices recommending the product, and teach customers how to use it correctly. Customers are able to see, feel, and test the product, and become grassroots fans recommending it to others. It’s not providing as many sales as Amazon or the traditional retail stores will, but it’s helping to build more brand recognition among the exact people who need it most. “The fact of the matter is, every channel can amplify another channel,” says Gresh.

This new multi-channel strategy is making The Feel Good Lab feel more confident about the future. Amazon has seen steady growth over the past couple of months thanks to the experts they’ve worked with, they’re building priceless relationships with therapists across the country — and they know that if the worst ever happened again with Amazon, they’d have other ways of getting their product out to the world.