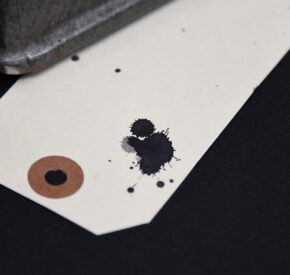 On the surface, pricing your products may feel like a simple mathematical equation: you price your items so that you cover your costs and make a profit. However, pricing can also serve as a powerful marketing tool in and of itself. A product’s price can communicate quite a bit to your customers and can be a tool to help push them toward making a purchase.

In this article, we’ll explore nine battle-tested psychological techniques you can use to set the perfect prices in your eCommerce store. The goal with each of these techniques is to turn your price into a sales asset—one that appeals to your customers and helps motivate them to click through your email or click the “Add to cart” button on your site and buy.

Charm pricing is the oldest pricing trick in the book: you make a tiny reduction in a product’s price to change its leftmost digit (e.g., $20 to $19.99). Even though the product’s price has barely changed, it looks and feels so much lower.

The reason you see so many products with charm pricing is because it’s effective; one study found conversion rates more than doubled with a one-cent reduction from $2 to $1.99.

However, there is a potential downside of charm pricing: it’s not a universal solution. It works really well for items where price is a primary consideration (think: food at grocery stores, anything at big box retailers, or, perhaps the ultimate example, everything at 99-cent only stores). But not every product decision we make is based on price.

This is where prestige pricing comes in. Prestige pricing is a much more straightforward approach, where a store uses a simple dollar value to convey quality and even social status. When you’re at a nice restaurant, the filet mignon isn’t listed at $59.99. It’s listed at $60.

Luxury brands clearly aren’t selling their products to satisfy a logical necessity; does a $30,000 gas range really perform 10 times better than a $3,000 gas range? Instead, they’re tapping into the feelings and emotions of wealth and/or aspiration, where customers care about how material belongings reflect on their status. These customers are more likely to “feel right” about their purchase—and make additional purchases in the future—if the pricing itself aligns with their innermost motivations. They won’t be motivated because the gas range costs $29,999 instead of $30,000—they’ll be motivated by the idea that they have a $30,000 gas range in their state-of-the-art kitchen.

Feelings-based pricing doesn’t just work on high-end products either. In this example from Carter’s, an array of summer products are offered for $5 and up—not $4.99 and up. They don’t want your logical mind to step in and start thinking about price. They want your emotional mind to say, “Well, $5 is cool so I don’t need to bother using mental energy on the price, I’m mostly excited about having something new to wear by the pool.”

BOGO deals appeal to customers because of the power of the word “free.” A study found most people will opt for a free product over a heavily-discounted—but better—product (for example, we’d take a free Hershey’s Kiss over a 15-cent imported Swiss truffle).

In addition, BOGO deals allow you to run appealing promotions without explicitly discounting your prices. You can sell the original item at full price and full margin. That helps you absorb the cost of throwing in the second product free and avoids devaluing your products in the eyes of your customer.

One other strong case for BOGO pricing: customers really like it. A study found 66 percent of customers say BOGO deals are their favorite type of promotions and 93 percent have taken advantage of one. (PDF)

Comparative pricing is a little more subtle than the above concepts. The basic idea is to offer two products simultaneously, but deliberately make one product’s price more attractive than the other.

This strategy can be employed by premium brands to encourage customers to pick the ostensibly higher-quality, higher-status product.

It can also be used by more modest brands to highlight their affordability in contrast to name brands. This technique is common practice with large retailers’ store brands like Target’s Up & Up, Amazon’s AmazonBasics line, or generic grocery store items. (Who doesn’t love saving money by getting a big bag of Charms That Are Lucky cereal?)

Studies have shown, however, that comparative pricing requires a lot of care or it can backfire, in part because of the phenomenon of explicit versus implicit comparisons.

Explicit comparisons are those that are highlighted and advertised by the seller. For example, store brands will print explicit comparisons directly on their products—CVS frequently works “compare to active ingredients in X brand” into the packaging for their own over-the-counter items.

Implicit comparisons are those that customers will make themselves, often in direct contradiction to a brand’s best efforts. For instance, a customer may see that the store brand is cheaper and instantly come to the conclusion it’s lower quality.

So when you use comparative pricing, make sure you’re doing it in such a way that your copy positions your product how you want it to be positioned.

Price anchoring is the strategic use of one price to influence how the customer perceives additional prices in the same advertisement. The anchor price effectively provides a frame of reference for the sale price.

Sometimes price anchoring is as simple as using strikethrough on the anchor price and placing the sale price right next to it (for example, $100 $75).

It’s worth noting that anchoring is only effective in the long term if you normally do sell your products at the original price. Your customers may become numb to the effect of anchoring if your products are perpetually selling for the stated “sale” price. As always, a sale should feel exceptional and urgent to your customers; otherwise, your promotions are more likely to fall flat.

A close cousin to price anchoring is decoy pricing. That’s where you offer multiple options and intentionally make one so unappealing it makes the option you really want customers to choose look even more appealing.

A famous example comes from a subscription pricing experiment by The Economist. They sold subscriptions to their print magazine, the online version of their magazine, or both.

Then the pricing structure was altered. The $125 print-only option was removed, leaving only the online subscription at $59 or the print and web subscription at $125. The results were a disaster: now 68 percent of people opted for the inexpensive online-only option.

That’s what happens by removing the decoy, which was the totally unappealing $125 print-only option. That option’s presence made the $125 print-and-web option seem like a far better value and pushed the overwhelming majority of people toward it. When the decoy was gone, suddenly the cheaper option became the most attractive—and that was bad for business.

Besides being one heck of a mouthful, magnitude representation congruency is the psychologically-sound way of saying “size matters.”

It may seem like an obvious choice to highlight a sale price by increasing its font size in a marketing email or an ad. However, magnitude representation congruency asserts a marketer’s best psychological bet is for the font size of the price to correspond to the dollar value of the price. In other words, smaller price + smaller font size = happy brains!

It’s also worth noting there may be a second reason why small price displays are more appealing: a large font may be a turn-off for customers who are constantly inundated with aggressive advertising.

Persuasive language can help frame a customer’s perception of your pricing. If you’ve ever heard of something described as “the cost of a cup of coffee,” that’s price framing—rather than think about a $4 price tag, you instead think of the cost as the amount of money you happily spend, with no hesitation, on something as disposable and fleeting as a cup of coffee.

Another example of using language to frame a price is saying “as low as $X” or “only $X”—suddenly, the product magically feels like more of a bargain.

Language can also impact a customer’s perception of your pricing even when the words aren’t in direct reference to your pricing. The study from the Journal of Consumer Psychology found that perceptions of pricing for inline skates changed when the skates themselves were described as “low friction” versus “high performance.” Customers were more likely to buy the stakes when the word “low” was present—“low friction” actually made customers instinctively think “low price.”

Spell check informs us that innumerancy is not yet a word. Psychologists would tend to disagree.

Innumerancy is one of the more cynical psychological concepts you can employ in your marketing. The basic gist is that people are bad at math, and brands can use that to their advantage.

Innumerancy can be particularly relevant for brands that sell any kind of subscription service. If your price for a subscription is $180-per-year, you may be better off calling that $15-per-month for the simple fact that it seems like a lower price at first glance. That might just be the reason why we all have so many memberships to subscription services going—after all, I can afford to add Disney+, Peacock, HBO Max, and everything else (but probably not Quibi) to my arsenal, their monthly prices are all so low. Right?

Sometimes the best way to advertise a price is not to advertise the price at all. Psychologically speaking, there are some things that are (in certain circumstances) much more powerful motivators for customers than simple economics. One of them is time; that is, time spent using your product to have a good time with friends and family.

One study examined this idea from a few different angles and found three explanations for why time is so powerful in marketing:

The following example from YETI emphasizes concepts like finding new adventures and “longer hangs” with friends. They’re not selling this cooler or cup based on their prices; they’re making the price come secondary to the experiences the products can unlock. In fact, if they did include the prices here, it might distract from the message. YETI products are relatively expensive in their category (the cooler is $200, the mug is $30), so they’re opting for the emotional hook to get people invested—whereas a high price might make the logical side of people’s brains ignore the intangible benefits and just feel sticker shock.

Pricing is a powerful marketing tool—everything from the specific digits you choose to the way your price is displayed in advertisements can impact how your prices are perceived. There are a number of useful psychological theories and strategies that can be incorporated into your pricing to help boost your conversions.