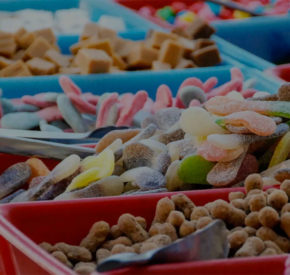 Mary Jane’s CBD Dispensary is one of the fastest growing CBD brands in the United States, with six brick-and-mortar locations across three states and a rapidly-growing eCommerce business.

The stores sell a wide variety of high-quality, lab-tested CBD in almost any form you can imagine—from gummies and pens to topicals and pet treats. The company also focuses on educating customers and working closely with them to find the right products for their needs.

With a strong base of loyal customers from their brick-and-mortar locations, Mary Jane’s felt the time was right to expand the eCommerce side of their business, but realized they had some major hurdles to face when it came to digital marketing for their Shopify-based store.

“The cannabis industry is a difficult industry to market products in due to the legalities.”

“The cannabis industry is a difficult industry to market products in due to the legalities,” explained Garrett Olano, Social Media Manager at Mary Jane’s CBD Dispensary. “Not all platforms are CBD friendly.” Most notably, Google Ads and Facebook Ads, the two most popular advertising channels for eCommerce, weren’t available or were extremely limited options for the brand.

Mary Jane’s had some good traction with organic social growth, but wanted an owned channel with less regulation and more sophisticated tools for targeting specific customers and tapping into a variety of marketing tactics to make sales. Email marketing seemed to check all the boxes, and when they were evaluating platforms to launch this new channel, they got a recommendation for Jilt and decided to go with it. “We had heard great things about Jilt,” Garrett said, “And figured we’d give the service a try.”

As the one-person show running all of the company’s digital marketing efforts, Garrett’s biggest concerns with any new marketing channel are the time investment and learning curve. He found those weren’t an issue with Jilt.

“Getting started with Jilt was super easy,” he said, “And within our first month of using it, we immediately saw results. The off-the-bat features like [automated email] triggers and simple [pre-built] campaigns make it almost dummy proof, so we were able to just jump in and test some things, and then get data and tweak off that.”

Mary Jane’s took full advantage of the integration between Jilt and Shopify, and incorporated elements like automated product recommendations and dynamic coupon codes into their emails.

As they saw momentum (and sales) start to pick up, Mary Jane’s decided to invest more time in email marketing—and they worked closely with Jilt’s team to test, refine, and improve their emails.

“After working with Jilt’s team of experts, we have been able to keep fine-tuning our email strategies and campaigns, which has helped us increase our ROI even further,” Garrett said. He now has monthly calls with Tabitha Turton, Jilt’s Customer Success Lead, where they look at the data together, assess what’s working (or not), and adjust accordingly. “It’s kind of been a long-term approach and effort,” he said, “But it’s really paid off well.”

For instance, one of the ideas that came from those calls was refining Mary Jane’s email list—so Garrett cleared out the contacts that weren’t responsive to build a more engaged list. Another tweak was to incorporate even more of Jilt’s personalization features into Mary Jane’s emails, including targeting emails based on specific behaviors and using liquid merge tags to add information about customers like their name and purchase history. The results have been improved email performance—and higher conversions.

This approach helps Mary Jane’s serve their customers in a variety of ways, from very sales-driven discount campaigns to more high-level content marketing (which Garrett has found often perform even better). “We’re able to create a well-rounded approach with Jilt,” he said, “Which really helps our brand because it shows us not as this company that just wants sales, but as one that also cares about the community.”

Garrett’s commitment to email marketing with Jilt has paid off, and Mary Jane’s has seen positive results roll in, including: