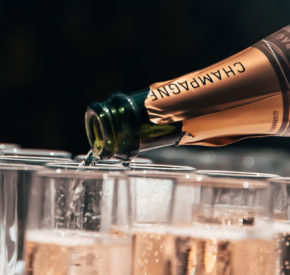 Going into 2018, we had big plans for Jilt. Over the past few years, we’d built a great foundation, expanding Jilt from Shopify to WooCommerce and Easy Digital Downloads, making it easier to use, and creating one of the most effective abandoned carts email solutions on the market. But our vision for Jilt has always gone beyond abandoned carts. We believe email marketing is the most effective way for eCommerce shops to reach their customers and this year Jilt evolved from a great abandoned cart recovery tool to a powerful email marketing platform that could help stores communicate with customers in new and exciting ways.

Not everything went according to plan, of course. We faced unexpected challenges, sometimes we missed deadlines, and we made a few mistakes, but looking back on 2018, one thing is clear: we accomplished a ton and Jilt got a lot better as a result.

We sent more emails than ever before, we helped merchants make more money this year than we did in the past two years combined, we went on the road and met a ton of our customers, we launched a new website and a new blog, and we made good on our plans to expand Jilt from the best abandoned cart solution on the market to a powerful suite of email marketing tools.

Of course, we couldn’t have done any of that without you, our customers, our partners, and our fans. We’re truly grateful and humbled that so many store owners put their trust in Jilt to deliver important marketing emails each day. We build Jilt for you, and we couldn’t do it without you. Your feedback, suggestions, support, and enthusiasm keep us going!

Before we get to the walk down memory lane, let’s review some of the truly eye-popping big numbers from 2018:

Those big numbers were only possible because of a lot of hard work that we put into grow Jilt and make it even more powerful and useful for eCommerce shops. Here’s how 2018 unfolded:

At the start of 2018, Jilt was an abandoned cart solution. It was a laser-focused and highly effective abandoned cart solution, but that’s all Jilt did: send recovery emails for abandoned shopping carts. Fast forward to the end of the year and Jilt is now a complete lifecycle email marketing tool for Shopify, WooCommerce, and Easy Digital Downloads; and it’s getting better every day.

Here’s how that happened:

We added a bunch of new email types

Starting with post purchase follow ups in January, we made sure 2018 was the year Jilt went from a great abandonment email system to a full lifecycle email platform capable of sending all the types of automated marketing emails that eCommerce stores need to send to their customers.

We spent some time in the first half of the year building out a powerful segmentation engine (more on that in a bit), which allowed us to add five more lifecycle email campaign types in August. In addition to abandonment and post purchase email, Jilt now sends welcome emails, thank you emails, feedback and review requests, win-back campaigns, and replenishment reminders for thousands of customers.

We rolled out early email capture

Sending abandoned cart recovery emails is super effective. Our top performing stores see recovery rates of 15 percent or more, which generates millions of dollars of extra revenue for Jilt customers. But you can only send recovery emails to customers when you have their email address.

That’s pretty obvious, but unfortunately that means that most carts aren’t actually recoverable. To help Jilt customers collect email addresses earlier in the checkout process and make more of those carts recoverable, we added our early email capture system in February. (We rolled it out to WooCommerce and EDD first, with Shopify support following in July.)

One of the absolute best ways to boost the value of every email you send is by adding product recommendations. Seriously, the data is clear: adding recommended products to your emails has been shown to increase open rates, generate higher click-through rates, boost sales conversions, and lead to higher average order values. Whoa.

That’s why we added a recommended products block to the Jilt email editor in July and provided an instant and easy way for our customers to increase the effectiveness of their email campaigns.

As mentioned, in order to add support additional lifecycle email types to Jilt, we needed a way to group your customers together. You can’t send an effective win-back email until you know which customers haven’t ordered from your store in awhile, after all. So in June, we debuted our segmentation engine.

The segmentation engine makes it possible to group customers based on data about orders, history, revenue, location, and a whole lot more. Now instead of sending everyone the same email, you can use Jilt to send specific emails based on attributes like total spent or location. That way you can, for example, target your VIP customers with an exclusive deal once they reach a certain spending threshold.

This change enabled us to launch those additional lifecycle email campaign templates, too.

With all the new campaign types, Jilt’s analytics needed an overhaul. We were no longer just measuring things like cart abandonment and recovery rates. In September, we rolled out a completely new shop analytics dashboard, focused on top-line stats like average order value, customer lifetime value, and attributable revenue. (We moved the cart abandonment focused metrics to a separate dashboard in the Jilt admin and improved campaign-level analytics, too.)

Added the ability to tag customers

Even though we collect a lot of data about your customers regarding their behavior on your site and the orders they place with your shop, we know there’s more data you collect. In October, we added the ability to associate custom tags with customers. You can then use those tags to segment your email campaigns even further.

This is another tool that allows Jilt users to send targeted emails, so you can be sure the right customers are getting the right emails at the right times.

We added some integrations

Jilt is the only full eCommerce email marketing platform to integrate with Memberships and Subscriptions, and those integrations mean shops have access to our powerful segmentation engine to send super effective emails to customers based on membership and subscription data.

Then in October, we rolled out the beta version of our Zapier integration, which connects Jilt to over a thousand other apps.

We sponsored a bunch of WordCamps

Like we said, we’re really committed to the platforms we integrate with, which means we love being a part of the Shopify and WordPress communities (WooCommerce and EDD). On the WordPress side, this year we sponsored eight WordCamps, including Phoenix, Miami, Atlanta, Europe, Boston, Denver, Philadelphia, and WordCamp US.

We had such a great time talking to hundreds of WordPress pros, meeting Jilt users, and handing out a ton of Jilt swag (this year we gave out Jilt stickers, coasters, keychains, coffee, t-shirts, bags, and socks!) that we’ve already committed to sponsoring WordCamp EU in Berlin next June!

We also spoke at a few WordCamps, as well, with our head of product Beka Rice giving talks at WooSesh, WordCamp Atlanta, WordCamp Miami, and WordCamp Philadelphia.

We launched version one of our new site in December, and we’ll be improving it continuously over the coming months (expect about 100% more bears 🐻). Along with the new site, our blog also got a complete overhaul. We think it looks fantastic, how about you?

Speaking of blogs, we launched a brand new eCommerce-focused publication in March called Upsell. Upsell is focused on telling the stories of successful eCommerce entrepreneurs in order to help you learn, find inspiration, a get motivated to make your store even more successful.

It’s been a huge success and has grown from zero readers to thousands in just a few short months. Between Upsell and our main Jilt blog, we published over 100 posts in 2018, and we’ve got even bigger plans for next year. We just wrapped up hiring our first full-time content creator, and we have a growing roster of freelance contributors and guest posters ready to bring you even more learning and inspiration in 2019! (Ed. note: Upsell has since been merged into the Jilt blog.)

Our blogs aren’t the only place we have big plans for the coming year. Here’s what’s on tap for Jilt over the next twelve months:

2018 was a wildly successful year for Jilt that saw our product grow up and our user base expand. Thanks for being a Jilt customer and here’s to an even better 2019! 🎊

Curious about what else we did as a company in 2018? Check out the SkyVerge 2018 year in review post.