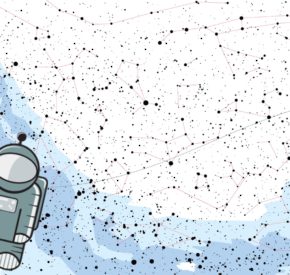 GravityView is a premium add-on for the popular WordPress plugin Gravity Forms which allows publishers to automatically build web pages based on form data. GravityView was one of the first companies to develop Gravity Forms add-ons, and now sells additional products related to Gravity Forms, like CSV importing and entry revisions.

Zack Katz, a WordPress plugin developer from Denver, Colorado, founded GravityView in 2014 when he recognized that growing number of Gravity Forms users would need a “next step” to handle all of the data they were collecting.

GravityView sells its add-ons using the Easy Digital Downloads platform, and Katz had difficulties integrating it with his original email service provider. “I had to do workarounds with Zapier,” Katz said, which significantly complicated the process and left him concerned that the right customer data wasn’t always being properly populated.

Katz was also struggling with the complexity of his email service provider. “It was too much,” he said, “The interface didn’t work in a way that made sense to me. [The software had] workflows, rules, and it all got too complicated when you’re just trying to do one specific thing, like email people after they buy a certain product with an onboarding campaign.” Katz found himself trying to create the complex workflows the platform mandated—with disappointing results. “I want to do everything in the most complicated way possible—and as a result, I didn’t get anything done.”

Katz heard about Jilt in 2016 and was one of the very first customers to sign up for the product.

What initially drew him to Jilt was that it addressed and solved his two biggest problems. The first was Jilt’s native Easy Digital Downloads integration. “Out of the box, Jilt integrates with EDD,” Katz said, “So I’m dramatically simplifying my flow. When it comes to setting up an onboarding campaign, Jilt has it pre-populated! No second guessing. Jilt is directly connected to EDD, so if they say [a customer] bought something, I’m confident in that data.”

The second thing that drew Katz to Jilt was the balance between power and complexity—allowing him to set up automations with the segmentation he wanted without getting stuck building overly complicated workflows.  “I don’t need to set up a 12-stage, logical gated process which includes 50 different variables,” Katz said, “Jilt’s not calculus, it’s more like reliable algebra.”

Jilt’s support team helped Katz move GravityView’s email into the new system—“scary when you have a lot of processes set up,” Katz said—but worked closely with him to make sure the transition went smoothly. “[Jilt customer success lead] Tabitha was great in helping move data over,” Katz said, “She did the whole export and import, and we had multiple phone calls.”

GravityView is now using Jilt for cart abandonment recovery emails, welcome emails, and, since the launch of Jilt’s broadcast emails last year, for one-off messages as well. By Black Friday/Cyber Monday 2019, Katz had fully unified all of GravityView’s email under Jilt—and used Jilt exclusively for his BFCM marketing emails. The results speak for themselves: