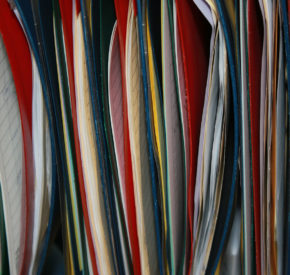 It’s been six years since Gmail introduced tabs—the automatic sorting and separation of inbox messages into different categories—and there still remains quite a bit of confusion about feature.

Specifically, many marketers are still not quite sure what to make of Promotions, the tab to which commerce-related emails are routed.

Given that Gmail is the most popular email client (tied with Apple’s iOS Mail app based on the most recent stats), the Promotions tab clearly matters for brands. But how much does it matter? What is the scale of its effect? Do most consumers use the feature? Does it influence engagement? What should marketers keep in mind about it when designing their email strategies?

To help understand the impact of Gmail’s Promotions tab, here are six key things that eCommerce firms need to know:

When Google introduced tabs to Gmail in May 2013, many markers were terrified. They thought their campaigns would end up in an email wasteland that consumers would never visit.

That’s not what happened. Return Path conducted an analysis five months after the roll out of the feature and found the change did not have a significant impact on engagement. The overall average read rate more or less held steady for messages that landed in the Promotions tab. Some industries, like auctions, luggage, and entertainment, even saw slight upticks.

However, the overall takeaway is that the Promotions tab did not bring about the marketing email apocalypse and should not be feared.

2. The majority of Gmail users don’t use tabs

People can opt out of tabs. Although Gmail has tabs enabled by default, users can easily choose to utilize only a few tabs, or no tabs at all—and many have made these changes.

When Return Path conducted its research five months after the launch of tabs, 91 percent of Gmail users were utilizing the feature. The researchers then revisited the topic four years later and found that the share of Gmail users utilizing tabs had dropped to 34 percent.

Because Gmail has more than 1.5 billion users, that 34 percent is still a huge number of consumers. Still, the feature is by no means universal.

Say you have 5,000 subscribers. Based on the email client market share data, 28 percent of them will be on Gmail. That’s 1,400 people. And if 34 percent of them are using tabs, that’s 476 people—less than 10 percent of your total subscribers. Now, that’s still a decent chunk of your subscribers, but not such a significant portion that it’s time to have an all-hands-on-deck emergency meeting about how to handle tabs.

Tabs are a key part of Gmail, but it’s important to remember that they are not the end-all, be-all.

3. It’s not worth fighting the Promotions tab

When Google introduced the Promotions tab, a number of brands worried about falling into Promotions tab limbo ran “move me” campaigns to try to get consumers to shift marketers’ messages into the Primary tab.

These turned out to be unnecessary because it turned out the Promotions tab is not inherently a bad thing—ending up there does not correlate with less engagement and, anyway, not all Gmail users have tabs enabled.

On top of that, “move me” messages usually don’t work—an analysis of the effectiveness of these campaigns found that months later, just 0.1 percent of those companies’ emails wound up in the Primary tab. In other words, the “move me” campaigns barely got anyone to take action; based on that study, on a list with 5,000 subscribers, only four or five would do so.

Moreover, fighting the Promotions tab isn’t worth it because Gmail’s tabs are not fixed. They are powered by constantly-evolving filters that take into account a range of factors such as users’ past behaviors. This means that where a campaign ends up can vary; researchers found that marketing messages with the same subject line land in 1.35 different tabs across all users, on average.

This doesn’t mean you should ignore whether or not your messages are landing in the Promotions tab. While it’s not worth battling your placement, it is helpful to know how Gmail filters your campaigns. To find out, try this free tool from Litmus.

4. Landing in the Promotions tab can be a good thing

Here’s something unexpected and counterintuitive for marketers to think about: Landing in the Promotions tab can be a good thing for campaigns.

Why? The Promotions tab benefits brands by helping to keep marketing emails out of Gmail users’ junk folders.

Return Path found that 93 percent of commercial campaigns that are likely to be filtered as Promotions avoid the spam folder compared with 77 percent of commercial campaigns that are not filtered for tabs. In other words, use of the Promotions tab correlates with Gmail’s spam filter becoming a bit more lenient on marketing emails.

Moreover, the researchers found that Gmail users are half as likely to mark messages as “this is spam” (TIS) in the Promotions tab as compared with the Primary tab.

Why are Gmail users less likely to flag marketing messages as spam in the Promotions tab compared with messages in the Primary tab?

The behavior indicates that tabs change the context of emails. When people are going through the Promotions tab they are in a different mode—browse mode and/or shopping mode—as opposed to when they’re quickly sorting through emails in the Primary tab.

This can be seen in other behaviors. For example, researchers found that consumers tend to check the Promotions tab once a day or once a week, on average, as opposed to the Primary tab, which is usually checked more frequently.

When consumers go through emails in the Promotions tab, they are choosing to take some time to engage with brands—similar to when they choose to visit a shopping mall. This means that they are less likely to be annoyed by campaigns that are very “sales-y,” and more likely to be receptive to offers.

6. The Promotions tab is evolving

Google is well aware that Gmail users are in shopping mode while browsing the Promotions tab and the company is continually tweaking the experience to make it better for both consumers and brands.

For example, Google added a feature last year that brings certain messages to the top of the Promotions tab based on AI insights into what users are most likely to engage with. As part of this feature, Gmail began pulling in annotations from the messages and prominently highlighting elements like images, offers, and discount codes.

Because Gmail is powered by dynamic filters and AI, there is no guarantee that your messages will land at the top of the Promotions tab and receive the extra real estate. Nevertheless, it’s worth taking a look at Google’s annotations best practices to understand how to make the most of the feature. They aren’t too tough to implement and won’t impact how your messages appear in other email clients—but they can add a nice visual boost for your subscribers using Gmail tabs.

More broadly, the introduction of annotations shows that the Promotions tab is evolving to become a more effective marketplace. Given that, it’s helpful to keep an eye on Google’s product page to see what’s new. Brands should also approach the feature as they would a sales channel and continually test different approaches to find what best sparks action. Ultimately, through a combination of learning and experimentation the Promotions tab can become an opportunity, not a hindrance, for savvy marketers.

While getting filtered out of the Primary tab and into the Promotions tab may seem like a curse, it may in fact be a blessing. Landing here means marketing campaigns aren’t competing with a flood of messages from friends, family, work, and social networks; they are catching consumers when they are choosing to take the time to engage with brands.