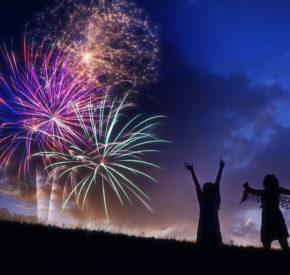 Holidays are tailor-made organic triggers for marketing emails. Holiday marketing emails check so many boxes: They fill a customer’s timely need, they’re topical, they evoke positive feelings and nostalgia, and customers have grown to expect holidays will often be accompanied by sales.

The Fourth of July (our Independence Day here in the U.S., for all of our international readers) is a particularly strong holiday for an email marketing campaign for stores with American customers.

But don’t worry if you haven’t sent any campaigns yet. This isn’t like Christmas, where you have to be ready to go a full month early, if not sooner, or you’ll be too late. The same study also found that people don’t really start taking advantage Fourth of July sales until a week out.

With all that in mind, here are 10 examples of excellent Fourth of July marketing emails for inspiration and ideas.

Bruegger’s knows lots of people will be hosting friends and family on the Fourth of July. So they created and promoted special red, white, and blue bagels. Do they look appetizing? Dear God no, but that’s not really the point, right? They’ll look Instagram-worthy when your friends come over for Fourth of July brunch, and that’s what Bruegger’s is going for here.

This Bruegger’s email went out a week before the holiday—smart timing to grab people who are nailing down their party and food plans. On first glance, the $2 off coupon almost seems unnecessary; after all, this product has a gimmick that sells itself and someone’s probably not going to be swayed one way or another by $2. Our take: It’s an upsell disguised as a coupon, with Bruegger’s hoping it will sway people to buy a bundle with cream cheese as opposed to just the bagels alone.

Fireworks make for some of the best animated GIFs—we’ve all known that dating back to the 90s when we were putting fireworks GIFs on our Geocities and Angelfire pages. Since fireworks are deeply tied into the Fourth of July, it’s a natural fit to add them to your email marketing. You get double value from them: They add visual stimulation to your email while also instantly evoking good feelings and memories in your readers.

3. High-end brands Michael Kors and The Dreslyn keep it classy

There’s a risk of getting too cheesy or clip art-y with Fourth of July marketing emails. High-end brands in particular face that challenge: They want to celebrate the holiday and run promotions, but also want to make sure they still come off like a Michelin star restaurant, not Uncle Moe’s Family Feedbag.

Michael Kors pulled it off by coming up with imagery that evokes perhaps the most highbrow Fourth of July experience possible: Sailing. It’s an understated presentation, but one that sends an undeniable message: We’re a brand that understands the classy Fourth of July you’re going to have (or, perhaps more likely, aspire to have).

The Dreslyn also stays on brand by incorporating red, white, and blue—but in an abstract watercolor painting. They sell high-end home decor, so the watercolor is a much more on-brand representation of their product and their inventory than, say, a clipart Uncle Sam would be.

4.  Three brands turn their products into the American flag

The above examples from Fresh, Alviero Martini Prima Classe, and Protes are all clever ways to turn products into flags—so their Fourth of July iconography is also a subtle sales pitch.

All three emails demonstrate an approach to making your products feel patriotic when they’re not explicitly so. If you sell items that have flags on them, those are inherently patriotic; here, patriotism-agnostic products like baking supplies, purses, and high-protein snacks are turned into symbols of America.

5. Homage finds a Fourth of July niche to stand out

A lot of companies are going to send Fourth of July marketing emails. In order to stand out, you may want to think of a unique angle on the holiday that works for your brand and your audience.

That’s what the t-shirt company Homage did with their 2018 Fourth of July email. They knew their target audience (males in their 20s and 30s, many of whom are sports fans) are all well aware of the annual Nathan’s Famous Hot Dog Eating Contest on July 4th. ESPN even broadcasts it, because the definition of “sports” is fluid.

So rather than going with fireworks, flags, or any of the other traditional Fourth of July imagery, they promoted their “Hot Dog Eating Champion” shirt instead. They knew their customers would love to show up at a Fourth of July party celebrating this niche aspect of the holiday, so they rolled with it.

If you sell t-shirts with American flags on them or Hummel figurine versions of an adorable toddler George Washington crossing the Delaware—great, your products are a natural fit for the Fourth of July. But if your inventory isn’t inherently patriotic, you need to look for a different connection to the holiday.

The three brands above all accomplished that by playing with the words commonly associated with the holiday and integrating them back to their brand. Victoria’s Secret encourages customers to metaphorically “Create your own fireworks”… Weight Watchers lets customers know it has their back during tempting barbecues to help create an “independent you”… and Indigenous uses Independence Day as an opportunity to celebrate “global interdependence.”

Of course, if all that seems like a stretch, you could always just incorporate the highest form of comedy: Puns. J Crew wants you to “ketchup on shopping” as its call-to-action; and Steve Madden wants you to “go fourth” and shop.

The shoe brand Idoni used their Fourth of July email in 2017 as an opportunity not to sell-sell-sell but, rather, to promote content. Their marketing email promotes links to articles including red, white, and blue themed cocktails, TV of Fourth of July festivities, and top fireworks displays around the country.

This isn’t even their original content—they don’t publish this type of content on their site and those links lead elsewhere. But what they’ve done by curating and promoting that content is help fill their customers’ wants and needs for the Fourth of July. That builds goodwill, establishes trust, strengthens the relationship—and perhaps makes a customer say hey, they totally get what I’m looking for this Fourth of July, so maybe they also know what kind of shoes I should buy.

8. Brands using numbers associated with the Fourth of July’s for thematic sales

There are enough numbers associated with the Fourth of July that you can probably craft a discount that fits into the holiday in a thematic way. You can do a 50 percent off sale for the 50 states (or, as Birchbox did above, offer 50 extra reward points). You can do $17.76 or 17.76 percent off, in honor of the year 1776. Or you can offer $4 items, like H&M above, for the Fourth.

There’s nothing wrong with trying to squeeze a little extra mileage out of your Fourth of July promotions. While lots of stores keep their sales going through the holiday weekend, Banana Republic Factory uses a clever subject line to make that extension seem more organic. “Keep the fireworks going” is a justification for extending the sale—and also might speak to a customer who had a great Fourth of July and really wants the fun to keep rolling.

So, after all this… what’s the perfect Fourth of July marketing email? Your mileage will vary, however, we found this email from Brit + Co. ticks all the right boxes. The layout guides the target customer (young women) through a smart, diverse selection of thematic products and explains how each of them fills a pressing need in that customer’s life. Every image is red, white, and blue, and by the end of the email, you’ve basically been handed the ingredients to a perfect holiday filled with a party, a trip to the beach, and fireworks.

The call-to-action at the end is also done perfectly. It’s teal, which makes it stand out from the rest of the items in the email. And the word choice—“Shop all 4th of July”—lets a customer know they don’t have to try to individually buy all the stuff featured in the email: just click and it’ll all be curated in one place.

The Fourth of July is an excellent email marketing holiday. Not only do the emails bring in more revenue on a holiday where people spend big money, but the easily recognizable patriotic imagery, colors, and language make it relatively simple to evoke an emotional connection with your customers.

You’ll want to start your campaigns about a week before the holiday, as a study found that’s both when people begin their Fourth of July shopping—and when they spend the most money.

And when you’re crafting your emails, you can reference what other brands have done successfully in the past to make sure you have the maximum impact.