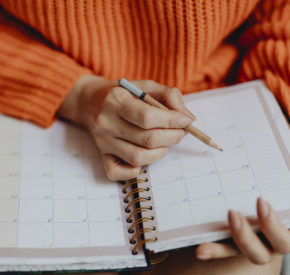 So… you’ve built yourself a great email list. Now you actually have to send stuff to all of those fine people, which means you’re facing one of the eternal debates in the world of eCommerce email marketing: How often should you email your subscribers?

You don’t want to send too many emails. The number one reason for unsubscribing from a list is too many emails; in one study, 69 percent of people said they’ve hit unsubscribe because of a flood of messages.

And the potential of hemorrhaging subscribers isn’t the only downside of over-sending. You could also wind up facing…

Some of the other problems with under-sending are…

Sadly, there’s no magic bullet answer. This article would be much shorter if we could just say, “Send three emails a week. No more, no less. Annnnnnd… go.” We can’t do that.

Instead, this article will look at the conclusions from some large-scale studies, some criteria to weigh when you’re figuring out your own sending frequency, and some tips that will help you do right by your subscribers and for your business no matter what frequency you choose.

What they studied: Complaints and read rates based on different weekly email frequencies.

Findings: The number of complaints is pretty low until you’ve sent five messages in a week–but at that point, complaints skyrocket. Read rates also drop noticeably after five messages per week.

Conclusion: Return Path concluded their data shows subscribers are cool with “up to about five emails per week… beyond that, the ensuing complaints increase dramatically, and read rates drop significantly.”

What they studied: Read rates and click-thru rates based on different weekly email frequencies for fashion brands.

Conclusion: If you send an email almost every day, your subscribers will be more likely to read at least one of them–and that should ultimately lead to an increase in clicks and traffic. The study didn’t provide any hard numbers on unsubscribe rates, but Zettasphere concluded, “Increasing frequency doesn’t increase the unsubscribe rate, but it will increase the number of unsubscribers per month… [but] it’s unusual for the value in lost subscribers to be greater than the gain in additional revenue.”

What they studied: Open rates, click-thru rates, and sales based on different monthly email frequencies. Their study focused on newer retailers with email lists of 5,000 subscribers or fewer.

Findings: Open rates and click rates go down with the more emails you send in a month.

But… customers continue clicking through and placing orders when companies sent up to 19 emails a month. The chart below shows that as email frequency rose, sales also rose (from 7.47 email-driven orders in a month with one email to 18.59 email-driven orders in a month with up to 19 emails; remember, these are smaller, newer retailers who aren’t doing huge sales volumes).

Conclusion: Especially for smaller eCommerce shops, sending at least two or three emails a week is going to help drive sales without irritating your customers.

Based on these three studies, one thing starts to become clearer: You’re probably not sending enough emails. But there is such a thing as too many, so while you should err on the side of sending more, you need to work to find a safe ceiling.

Here are the four things to consider as you try to come up with the ideal send frequency for your business.

1. How often will you have something worthwhile to email to your subscribers?

You want every single one of your emails to provide value to your subscribers (it’s one of the main reasons to keep an email marketing calendar). Whether that’s value in the form of a discount or sale, value in the form of a product announcement, or value in the form of interesting content, it’s important there’s some obvious value. When you demonstrate clear value and each email has a reason to exist, it should do wonders toward keeping your list happy, engaged, subscribed, and buying.

The frequency of your email marketing sends should be contingent on the quality of your content.

Only nine percent of companies say every email they send is relevant to each individual customer that receives it, and 42 percent say only “some,” “hardly any,” or “none” of their emails are relevant (PDF). You want to buck that trend—as another study found, people are far more receptive to emails coming in as long as they’re relevant (PDF).

Retro video game store DKOldies sent 10 emails in a one-month span; a pace of two or three a week. Each email communicates a clear purpose, from gift opportunities for last-minute Christmas shoppers to news updates to questions to engage the audience.

The tech deals site StackSocial sends way more emails, but that’s not out of the ordinary for a deals-oriented site—especially since every one of their emails announces a brand new deal. At this high volume, they’re almost certainly not getting great open rates—each subscriber is most likely only opening and clicking through on the deals that appeal to them personally—but the allure of the never-ending flow of deals is also probably preventing a high unsubscribe rates.

2. What do you sell and how big is your company?

Subscribers, without even realizing it, have varying built-in expectations for email frequency based on a company’s size and industry.

Flash sale sites and sites offering big discounts. Deals move fast and subscribers sign up for these lists with the expectation that they’ll receive lots of emails promoting those quick, ephemeral deals.

Massive retailers and sites with large catalogs. Most national and international brands send daily emails. They offer lots of sales, roll out lots of new products, and have the massive subscriber numbers that allows them to weather the churn that comes from daily sends.

Personality-driven brands. When you sign up for a personality, thought leader, or expert’s email list, you’re choosing to engage with the person–and most of them will build that relationship with daily emails.

Daegan Smith, a marketing expert who sells online courses, shared some hard numbers on what happened when he took a three-week trip, during which he stopped sending daily emails.

His list had grown to expect daily emails from him, and when that relationship changed, it nearly cut his sales in half.

Who’s sending a few emails a week or month?

Smaller retailers. Smaller eCommerce shops, with fewer products and fewer subscribers, rarely send daily emails. Why? It’s hard to have something of value to send every day, and as a result, their subscribers aren’t expecting to hear from them all the time.

Premium and luxury brands. If your brand is built around exclusivity, it’s not a good look to send out daily emails about sales and offers. It seems the premium brands are sending enough emails that their customers don’t forget about them—but when the time comes to buy, they’re happy to wait for those customers to come to them. Their sends are so infrequent, in fact, that we can’t even provide an illustrative screenshot; despite signing up for more than a dozen luxury brands’ email lists one week ago, not one has sent even so much as a welcome email. (Poor form!—Ed.)

B2B companies. The B2B email marketing world lends itself to an extra level of professionalism—which means not clogging up clients’ and prospective clients’ inboxes. Much like the premium brands, B2B companies hunt for a sending frequency balance where they remain front-of-mind without devaluing their products or turning off their customers.

3. What is your competition doing?

If you haven’t subscribed to your competitors’ email lists, you should. Watch how often they send emails to better understand what the customers in your industry are looking for. And beyond just frequency considerations, it’s worth subscribing because it’s very valuable to see what your competitors are doing right and wrong with their email marketing—so you can avoid their mistakes and outdo on their successes.

4.  What expectations did you set?

One way to make sure your customers are comfortable with your send frequency is to tell them what to expect up front.

If you say you’ll email daily, they know to expect that when they sign up.

And if you say you’ll only email occasionally, they’d be turned off if you send every day.

Tips for whatever frequency you choose

Regardless of what frequency you wind up choosing, these tips can help you continue to maximize the value of your list.

1. Use different frequencies for different segments.

Segmented emails have been proven to lead to increased open and conversion rates, and lower unsubscribe and complaint rates. But beyond segmenting by the classic criteria like age, location, or gender, it’s also worth considering doing some frequency-based segmentation on customer behavior.

Send more emails to people who’ve shown they’re more likely to click through and buy. Those people have given you irrefutable evidence that they’re interested in and engaged with your brand–so the odds are they’ll be more amenable to frequent emails.

AMC Theatres went in hard on me after I subscribed to their Prime membership and, thus, demonstrated I was very interested in going to the movies a lot. (And also, apparently, they gauged I’d be very interested in giant tubs of popcorn branded with Star Wars characters.)

One more advanced tip around frequency segmenting: Consider a “double open” strategy. That’s where you take the segment of your list that didn’t open an email and send it back to them a few days later with a different subject line. One study even showed that using a double open send helped the same email reach 30 percent more subscribers.

2.  After you ramp up your sends, carefully monitor your results.

The scientific way to find your ideal email frequency is to slowly ramp up your number of sends, monitor the results, and pull back before the unsubscribes and complaints escalate too much.

So when you increase your sends, keep a close eye on your open rate, click-through rate, sales, and unsubscribe rate.

Ideally, you’re looking to stay in the zone where you’re sending enough emails to maximize your sales without hitting the tipping point where your sales numbers start going down because you’ve driven away too many subscribers.

In fact, more than 40 percent of people who want to unsubscribe say they would rethink it for an “opt-down” option (PDF).

One of the easiest “opt-down” systems is to give two options: Continue getting all emails, or just get one round-up digest every week. Just that one extra option to reduce frequency could save you lots of subscribers and customers you’d otherwise lose.

The biggest takeaway from the studies into email frequency is a pretty surprising one: You should err on the side of more, not fewer, emails.

But you need to make sure to take some big fundamentals into account as you calculate what “more emails” means to you.

And no matter what frequency you pick, there are a few things that should help you even more.