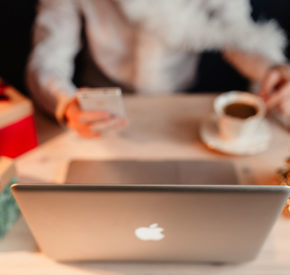 Email is a key channel on both dates, helping to not only build awareness of offerings and promotions but also to encourage action. A quarter of all Cyber Monday online sales were sparked by email last year, ranking it alongside direct traffic and search as the top sales drivers.

The challenge for marketers: It’s no secret that email is so important on BFCM. Brands of all types engage heavily on these days—often sending multiple messages within the span of a few hours—and consumers’ inboxes are flooded.

How can you stand out amongst all the noise? What are the key trends and behaviors to keep in mind when crafting your 2019 Black Friday and Cyber Monday campaigns? Here are five things eCommerce brands need to know based on data from the last holiday season.

1. Volume: The competition is fierce (and getting fiercer)

It’s essential to keep this massive and ever-increasing volume in mind when creating BFCM campaigns. Consumers are sorting through an overwhelming number of emails on those holidays, so it’s key to be respectful of their time by crafting messages that get to the point quickly.

A good example is this campaign from Kenneth Cole: The message puts the Black Friday offer (50 percent off sitewide) boldly front-and-center, and then simply follows with clear calls-to- action (“Shop men’s”/”Shop women’s”).

One consequence of brands sending so many emails BFCM: Open rates for these campaigns can be lower than those for business-as-usual (BAU) campaigns. A Yes Marketing study found the average open rate on Black Friday last year was 12 percent, compared with 12.6 percent for BAU emails—not a huge difference, but considering it’s the biggest shopping time of the year, any decrease could mean a lot of lost potential sales.

The good news is that when recipients do open campaigns, they’re often more likely to take action. The average conversion rate for Black Friday emails last year was 8.8 percent, compared with 4.9 percent for BAU emails.

It’s helpful to keep these engagement nuances in mind when determining how to measure the success of your BFCM campaigns. For example, think about focusing less on metrics like open rate and more on metrics such as click-through rate, click-to-open rate, and conversion rate.

Also, bear in mind that audiences may not have the time to open your emails on Black Friday and Cyber Monday themselves. To combat that, consider creating offers that extend past those days, such as this “all weekend long” sale from FranklinPlanner.

Marketers hear a lot of advice concerning Black Friday and Cyber Monday timing, most commonly that they should send campaigns on earlier dates to boost performance. The data shows that this approach can be helpful, but in nuanced ways.

Black Friday and Cyber Monday have indeed extended past the days themselves and are now part of a lengthy period of intense shopping. Data from Adobe, as cited by eMarketer, shows that last year all six of the biggest eCommerce days by sales volume were part of the BFCM week in November—before, during, in between, and after those two dates.

However, while the data indicates you should send emails marketing your BFCM deals outside of the specific BFCM dates, it’s important to know that customers engage with early emails differently than those sent on the shopping holiday itself. Yes Marketing found that 26 percent of Black Friday-related messages were sent before November 19 last year. The average conversion rate for these early-bird campaigns was less than half the average on Black Friday itself and lower than average for business-as-usual campaigns. Yet these early emails garnered a higher average open rate and average click rate compared with BAU emails and emails received on Black Friday.

This indicates that consumers may be investigating and planning well before BFCM—but then waiting for those dates to take action on specific deals.

When crafting campaigns, remember these distinctions. Emails with discounts and offers may work best on Black Friday and Cyber Monday themselves while broader approaches—like exclusive previews (as seen in the email below) or other emails more geared toward hyping the upcoming sales—may work work best in the lead up.

4. Devices: Mobile use is on the rise (but laptops and desktops still matter a lot)

Consumer behavior is steadily shifting towards mobile devices across the board, and BFCM is not an exception.

In fact, Adobe found that last year, for the first time, the majority (51 percent) of Cyber Monday site visits occurred on smartphones and tablets.

But… mobile shopping only accounted for 34 percent of Cyber Monday revenue in 2018. And Adobe found that the average Cyber Monday conversion rate was significantly higher on desktops/laptops (7.4 percent) than smartphones (3.9 percent) as well as tablets (6.6 percent).

The takeaway, then, is that mobile is important, but desktops and laptops still matter—a lot. So, when crafting BFCM campaigns, ensure that they are optimized across devices.

Also, consider the possibility that audiences may be opening messages on one device and taking action on another. Given that, it can be helpful to develop campaigns that are both easy to read on a mobile device and that have keywords in their titles/body text which make them easy to find when searching an inbox on a computer. For example, this Cyber Monday message from Tanner Goods does a good job of balancing mobile-friendliness (clear, simple visuals) and findability (a keyword-heavy subject line).

Did you know? Jilt automatically regenerates cart contents for abandoned cart emails, so if someone abandons a cart on desktop, but clicks through from your recovery emails on mobile, they’ll still see their full cart!

Unfortunately, there doesn’t appear to be a magic-bullet offer type you can promote that will universally get people to open your emails, click through, and make a purchase on BFCM.

This data make sense given email behavior on BFCM: Because people are flooded with messages, it may not be a particular discount that sparks action; rather what drives a conversion may simply be seeing a well-timed message from a brand that the consumer is already familiar with and expecting an offer from.

In other words, when it comes to BFCM, your long-term efforts are just as important as your specific campaign development for those dates. Fashion retailer Everlane highlighted that fact starkly (and a little snarkily) in this Cyber Monday campaign, which boldly offered no sale because “our transparent prices are already 50 percent lower than most retailers. Every. Single. Day.”

Ultimately, the most important thing for eCommerce brands to keep in mind about Black Friday and Cyber Monday is that these dates are extremely valuable but also fraught with competition. That’s why success often comes from doing earlier work—such as understanding the nuances of specific audiences, developing good segmentation, having consistently fair pricing, and building engagement over time—rather than providing the perfect offer on the day of.

Black Friday and Cyber Monday were the two biggest online shopping days last year and almost certainly will repeat that success this year—but with that popularity comes quite a bit of competition in the email marketing space. That’s why it’s important for savvy email marketers to pay attention to industry trends and customer behavior to stand out from the noise.