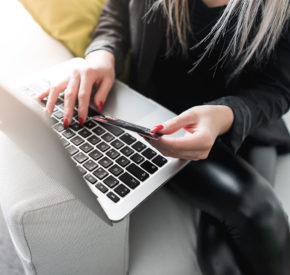 The Black Friday/Cyber Monday four-day shopping extravaganza is over. And now, as packages containing things you forgot you ordered begin showing up at your door, we thought it would be a good time to reflect on the numbers for the eCommerce industry as a whole, and some interesting BFCM email marketing trends we observed at Jilt.

First off, the macro industry-wide headline: As expected, this year’s BFCM numbers set all sorts of records.

The incredible spending took place beyond those days as well. On the Saturday and Sunday in between, customers spent another $7.4 billion. And on Thanksgiving, people hid from their families to spend $4.2 billion—up 14.5 percent from last year. We also tossed in another $2.9 billion on the Wednesday before Thanksgiving, up 22 percent from last year.

So, all in all, in the six days from Wednesday, November 27th, through Monday, December 2nd, Americans spent $31.3 billion shopping online. That’s a staggering number (although, amazingly enough, it still doesn’t approach the $38 billion in revenue on China’s November 11th shopping holiday, Singles Day.)

This year’s Black Friday saw an average order value of $168, up 5.9 percent from last year. That number, of course, takes into account the retail giants of the world; Shopify, which powers about one-third of the eCommerce stores (but not the Amazons and Walmarts and other behemoths), reported an average cart of $87.71.

And even though we all know it’s not a competition, for what it’s worth, in-store traffic was down 6.2 percent on Black Friday.

The other major takeaway of this year’s BFCM is the continued rise in mobile shopping.

Even though more purchases were made on desktop platforms, more browsing happened on mobile. Mobile also accounted for the majority of traffic to eCommerce retailers—61 percent of all Black Friday traffic—which indicates people were scouting products on their phones, but purchasing when they got back to their laptops later.

Here at Jilt, we crunched the numbers on the 4.1 million emails our customers sent over BFCM to see how they used email marketing over the course of the BFCM period—both to reflect on what was effective this holiday season, and to provide some insight that can be applied in the future.

Here are our five biggest takeaways.

Fortunately, their customers responded proportionally. While we didn’t see a major uptick in open or click-through rates, the numbers were consistent with the averages of the previous three months.

So with an increased email send volume and steady open and click-through rates, that means more emails opened and clicked overall—which is quite welcome on the big shopping holidays. For instance, Black Friday saw 60 percent more total email click-throughs leading to more revenue than the previous Friday in November; Cyber Monday saw 90 percent more. And since the click-through rates were basically static, those big increases in total clicks are directly connected to the increases in send volume.

The takeaway: BFCM is not a time to be shy about an increase in marketing email frequency. Even as you increase your sends, it shouldn’t hurt your open and click-through rates, or lead to a wave of unsubscribes—and should translate to an overall increase in revenue as well as an increase in your average revenue per email.

Jilt’s new Broadcast feature rolled out earlier this year, giving customers an opportunity to send sales announcements, newsletters, and other one-off messages to their list (or a segment of their list). On BFCM, we saw a notable jump in revenue from broadcast emails.

The takeaway: Broadcast emails are anticipated on BFCM—customers want to see your products and the discounts you’re offering. As a result, they’re more likely to buy something as a result of those emails than they would on an average day. Make sure to take advantage with well-crafted broadcasts on those shopping holidays.

BFCM was late this year—nearly a week later than last year—and as a result, brands were itching to get going on their holiday sales. This was true for the eCommerce industry as a whole, as Salesforce found a 17 percent year-over-year increase of marketing emails sent on Thanksgiving.

The takeaway: Expect brands to continue trying to get the jump on Black Friday sales, even in years when the holiday shopping season isn’t abbreviated due to a late Thanksgiving. (And based on customer spending on the days leading up to BFCM, the market is receptive to those early marketing efforts.)

4. Black Friday is a great time for welcome emails

We always recommend sending a welcome email (or welcome email series) to new customers—not a receipt for their purchase, but rather an introduction to your brand to begin your relationship. Welcome emails deliver excellent revenue results—and on BFCM this year, they exceeded those already high expectations.

Earlier this fall, the average welcome email to a first-time purchaser brought in 77 cents. On Black Friday, that jumped fivefold to $3.98—meaning that lots and lots of stores were instantly turning first-time purchasers into repeat customers. The numbers stayed strong through the weekend: 79 cents per welcome email on Saturday, $3.67 on Sunday, and $2.01 on Cyber Monday.

The takeaway: When a new customer buys from your store on Black Friday, it’s a crucial opportunity to kick off a relationship with them—and begin the process of turning them into a repeat customer. So make sure you have automated welcome emails set up in advance of BFCM—and even consider tailoring your welcome emails to the holidays.

5. People aren’t at their laptops—so they buy on their phones

Much like the eCommerce industry at large, we saw customers using their phones to make purchases on BFCM.

On Black Friday, 56 percent of marketing emails that brought in attributable revenue were opened on mobile phones; 44 percent were opened on desktops. That ratio broadened over the weekend, as both Saturday and Sunday saw a 60 mobile/40 desktop split. On Cyber Monday—quite possibly because people were back in front of their computers at work—it narrowed to a 50.3 percent mobile/49.7 desktop difference. (Thanksgiving saw a 57 percent mobile/43 percent desktop split.)

The takeaway: People are away from their computers and checking emails on their phones on BFCM—and if they see something they like, they’ll often buy it on the spot. And based on the trend line, next BFCM (and, really, all of the other days of the year too) should see an even larger percentage of sales on mobile. Now more than ever, make sure your emails are mobile-friendly—and your eCommerce site is as well.

The Black Friday/Cyber Monday shopping period was record breaking this year—and all signs point to that trend continuing in the future.

The biggest industry-wide trends this year on BFCM were:

And at Jilt, our data revealed how our customers capitalized on BFCM this year—and ways they can continue to capitalize in the future.

One final note: Now that BFCM is over, the holiday shopping season is decidedly not. To continue your strong sales through the rest of the season, check out our recent articles on six email strategies that compel holiday audiences to take action after BFCM, and how eCommerce stores can use email marketing to beat Amazon this holiday season.