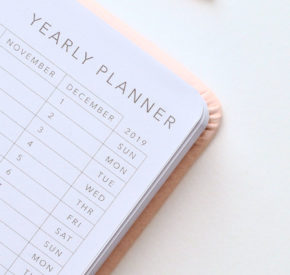 Some day, when historians are writing the grand saga of Jilt, 2019 will be known as the year when Jilt became an all-in-one email platform. We’ll get into the specifics in a bit, but long story short, over the past year we added a bunch of features to Jilt to enable stores to use it for all their email marketing needs. To pull that off, we added more than a dozen people to the team, and the early returns are fantastic—since January, we more than doubled the number of customers using Jilt to power their email marketing!

As you can imagine, this year’s numbers have been in a completely different league compared to last year. Let’s take a look at a few that really pop off the page:

To make the above numbers a reality, we worked really hard as a team. But it wasn’t all work. We also made room for a lot of fun as a team, including flying everyone to Scotland to re-enact Downton Abbey for a week in a gigantic Scottish estate. Seriously, look at this place:

Of course, our team retreat coincided with MailChimp exiting the Shopify space, which led to a huge spike in pre-sales and support inquiries here at Jilt—so it wasn’t all play. But we still found plenty of time to do ridiculous things as a team, like whatever the heck this is:

So how did we go from sending 5.6 million emails in 2018, to more than 46 million this year? Let’s take a stroll down memory lane see how our product evolved in 2019.

How Jilt evolved this year

In March, we added transactional email support to Jilt. Transactional emails, like order receipts, shipping notifications, and refund confirmations, are vital emails for online stores to send. Not only do they tend to have much higher open rates, they’re often required by law in many jurisdictions. Every eCommerce platform already sends transactional emails, because they’re a business requirement, but it’s almost always impossible to customize or personalize them.

When your customers give you their money, they expect to hear from you with updates about order stats, shipping notices, and other important information about their transaction. By using Jilt, stores can make sure those emails are just as beautiful, personalized, and on-brand as all their other marketing emails—and they can get all the same detailed analytics Jilt offers for other email types.

Then we added broadcast emails

Perhaps the most important addition to Jilt this year was broadcast emails. Support for broadcast emails, like newsletters and sales announcements, made it possible for stores to use Jilt for all their email marketing.

We started beta testing broadcasts in May with a small group of stores, and 10 million emails later, we rolled it out to the world officially in August. Stores that send broadcast emails through Jilt average about 8 cents per email sent (that’s all emails, not just the ones that are opened or clicked on). On Black Friday and Cyber Monday, that number skyrocketed 110 percent!

We gave stores a new way to collect email addresses

With the addition of Broadcasts, stores are no longer using Jilt to communicate only with customers; they’re now using Jilt to send emails to prospective customers, too. So many stores on our platform started asking for ways additional ways to invite visitors to their stores to join their email lists.

That’s why in October, we rolled out pop-up forms in Jilt. Stores are now using these timed or exit-intent pop-ups to capture email addresses from potential customers who have not yet made a purchase. This is a crucial step for using email marketing to turn window shoppers into loyal customers.

We also recently announced an integration with OptinMonster to help stores collect emails in more complex ways. (And we’ve got more integrations on the horizon—stay tuned!)

We overhauled the UI

Among all the new faces at Jilt this year, we brought on a product designer (👋Jules) and a pair of front-end engineers (👋Wes and Alex). We put them to work completely revamping the user interface to be more modern, more organized, more consistent, and easier to use.

So much better, right?

And we launched a new email editing experience

The number one piece of feedback we heard from users this year was that our email editing experience was… only okay. In November we launched a brand new version of our email editor, available for broadcast emails, that offers some huge improvements over our current editor.

The new editor is more powerful and flexible, and gives store owners much more control over the look and feel of their marketing emails. We’re already seeing stores send out beautiful emails designed with the new editor, and we’re excited to roll it out to all email types in early 2020!

With all those changes to Jilt, we wanted to get the word out. One of the ways we did that was by sponsoring and attending conferences.

This year, we took a slightly different approach to events than we have in years past. We decided to narrow our focus and sponsor a handful of larger events like WordCamp EU in Berlin, new (to us) events like PressNomics in Tucson, and targeted, niche events the virtual conference WooSesh (where we had four speaking slots!)

Our biggest event of the year, though, came in October, when we teamed up with our good friends at Post Status to throw a party for more than 200 people at WordCamp US in St. Louis!

We had a ton of fun hanging out with many of our customers and people in the WooCommerce community, and we made lots of new friends, too! Check out our full recap here.

We didn’t just sponsor conferences and throw parties in 2019. Our team could be found all over attending and speaking at events, too! We sent team members to WordCamps in Sacramento, Osaka, and Tokyo, SaaS North in Ottawa, CaboPress in Cabo San Lucas, the Texas eCommerce Summit in Dallas, and Design & Drinks in Denver.

Plus our Head of Product Beka Rice spoke at WordCamp US (see video above), our Customer Success Lead Tabitha Turton spoke at WordCamp Sacramento, and we had four people (Beka, Tabitha, Content Marketer Sam Greenspan, and myself) speak at WooSesh!

Want to learn what else we accomplished as a company in 2019? Check out our SkyVerge Year in Review Post!